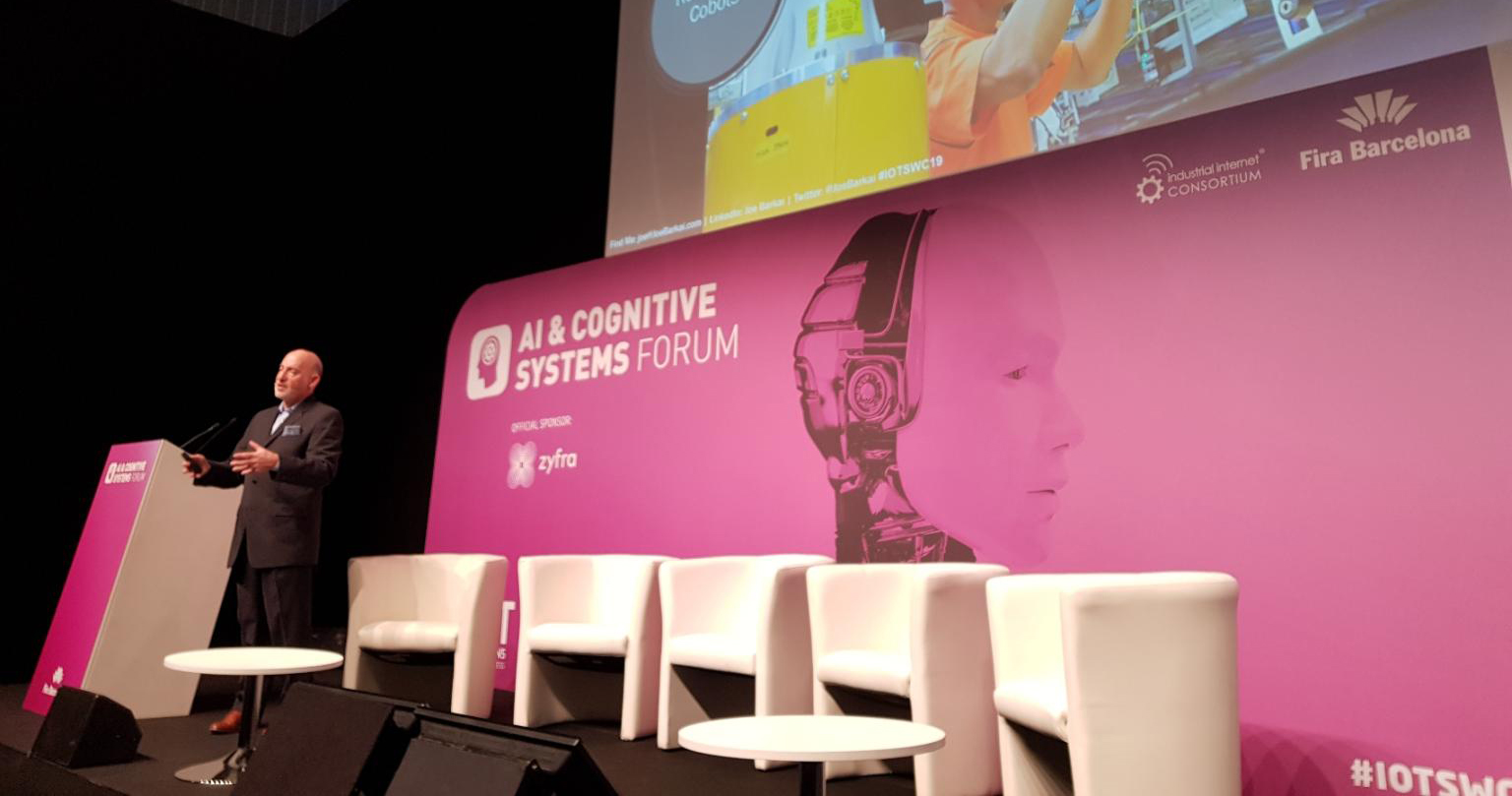 Joe Barkai calmly looks you in the eyes when speaking, so it’s easy to engage in the conversation. Connectivity is going to become a commodity, he says. Then, the industry analyst and author of The Outcome Economy: How the Industrial Internet of Things Is Transforming Everything, adds that whatever the evolution of technology may be, we should be optimistic. He also pointed it out at the IOTSWC19. Now that our lives seem to be more and more managed by algorithms, we need to pay attention to what he says.

The Internet of Things (IoT) is revolutionizing the way the world does business. How can companies leverage this technology to get more efficient and productive?

Moreover, I think the connectivity will become a commodity. It’s going to get easier and easier to connect devices. So, the value is in the other side of the conversation, which is the ability to aggregate different types of data and make better decisions. It’s not about getting more data but getting data from different sources and the ability to put them together to create new or rich context so you can combine input from chains, people, history, or even the weather report, if necessary, to get real value.

Manufacturing is about aggregation, analytics, and decision-making. It’s not about connectivity. As long as the industry continues to be so infatuated with connectivity and the number of connected devices, we’re not going to get the value. Sometimes the question is also: is this really IoT or just remote monitoring?

The difference is in having a common platform that can scale, so I can connect those devices and other devices using the same mechanism and build up from there. But this is still not the case. We all talk about IoT platforms as a piece of software but it’s so much more than that…

What is it then?

A platform is a virtual place for the participants to act together because the value of IoT is often expressed by multiple stakeholders to connect different players to provide new value. Transportation is a great example. IoT can synchronize different modalities so your bus doesn’t arrive five minutes after your train has departed. Hence, the role of the platform is really to coordinate all these players and do this while protecting their data. Thus, it’s really a much bigger picture than connecting sensors.

Yet, for some companies, it’s still a blurred picture. SMEs may even see it as a hurdle because it entails many changes…

But can we be optimistic about the use of data, algorithms, AI, and all that comes along with it?

We certainly can be optimistic as we see the opportunity more data is giving us. The possibility to combine data from different sources and come up with insight that was not available before is changing the industry. We’re already talking about it in manufacturing and personal health. Thus, we should be optimistic. We just need to be aware of issues around privacy.

Will those privacy issues affect the adoption of innovations?

Well, it will take long time for some innovations to have a significant impact. This doesn’t mean that we should not invest, but we should be aware of it and not be disappointed, and therefore not reject technology because we don’t see the impact.

Autonomous cars are a great example. In the US, the average age of cars in the road is 12 years. Consumers don’t have a reason to replace them. Baby boomers don’t have a reason to buy a car either. So, it will take 10-20 years to get 50% of new cars on the road. That’s not to say we have to be pessimistic. It will just take time to get there. One answer is: let’s look for different business models. For autonomous cars, the commercial value is in trucks. I really want to see more autonomous trucks on the road because they safe energy and are more efficient.

Are we ready for all those changes as a society?

Probably not… On the one hand, we are much more open than before to technology adoption. We are willing to try. We trust companies and products. And in the process, we are willing to give up some privacy. But there are maybe some bigger questions that we have never tested before. Again, autonomous cars are a good example: what happens if an autonomous vehicle kills someone? Who’s liable? It’s not a simple question, because if we programed the car for a certain behavior, this is premeditated. So, we premeditated an act that caused damage. Is society ready to forgive software? Society at large may not be ready for that.

Well, the conclusion is that we have to keep humans involved when dealing with AI. We cannot let the systems learn and perform upon themselves. We have also to encourage the conversation about this.

As in the IOTSWC…