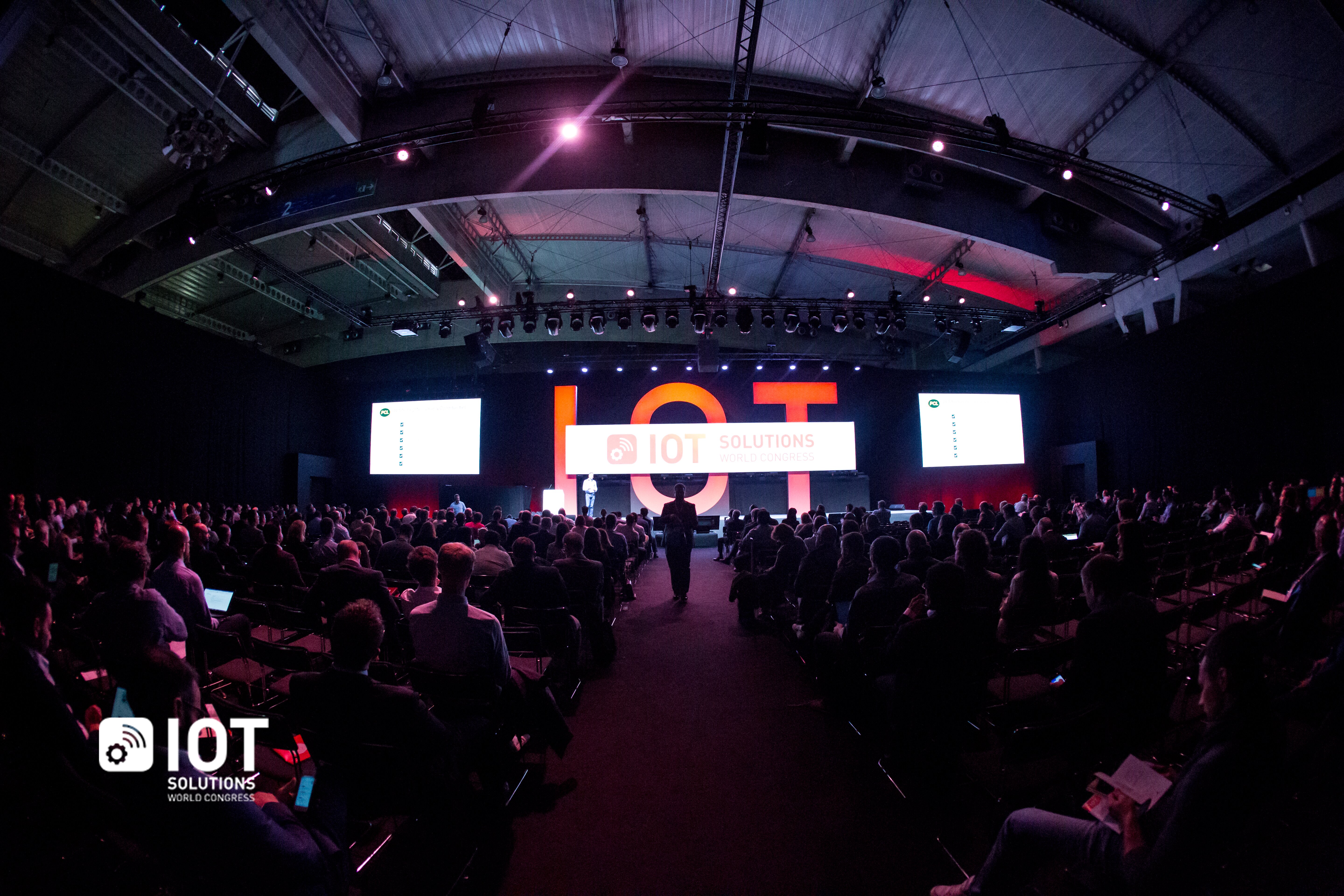 The IOT Solutions World Congress (IOTSWC) program is taking shape. The event, organized by Fira de Barcelona in collaboration with the Industrial Internet Consortium (IIC), announces the first sessions and speakers of its next edition, among which are the American analyst Joe Barkai, together with important directors of global technology companies such as Dell, Ericsson, Google Cloud, Huawei, IBM, Microsoft, SAS,  Wipro, as well as executives from companies that use IoT solutions such as Hugo Boss, SNCF Réseau, or Maersk GTD, among others..

IoTSWC 2019, which will be held from 29th to 31st October in Fira de Barcelona’s Gran Via venue, will be based around nine core themes: open industry; technologies enabling IoT, connected transport; manufacturing; energy and supplies; healthcare; construction and infrastructures; artificial intelligence; and blockchain. There will be over 200 sessions including talks, round tables and presentations, and more than 400 speakers are expected to participate.

Among the first confirmed experts is Joe Barkai, analyst and author of “The Outcome Economy: How the Industrial Internet of Things is Transforming Every Business”. who will reflect on the development of artificial intelligence. Other confirmed speakers at the event include Erkut Ekinci, head of IT at Hugo Boss; Emmanuel Cox, head of digital transformation at SNCF Réseau; Daniel Wilson, director of business development at TradeLens-Maersk GTD; and Gloria Zaionz, a prestigious emerging technology expert.

The program committee is also adding the finishing touches to the topics and selecting other success stories with the aim of providing knowledge to help accelerate the digital transformation of companies in different sectors and provide an overview of the state of application of disruptive technologies such as IoT, artificial intelligence and blockchain.

In the Age of Intelligent Machines

IoTSWC 2019 will analyze the implementation status of artificial intelligence and automatic learning technologies for process improvement. It will also address issues related to standardization, as well as ethical aspects and social responsibilities that arise at the beginning of the era of smart machines. In this regard, it will also address the relationship and role of people and machines in Industry 4.0 to improve safety, productivity and processes.

In addition, IoT enabling technologies will be discussed from the experiences contributed by companies from different industrial sectors. Special attention will be given to the potential provided by “Digital Twins”, one of the main strategic trends in the industrial IoT.

The IoTSWC will also present good practices and success stories of companies that have implemented the IoT, artificial intelligence and blockchain in their activity, achieving significant competitive advantages. For example, the US firm Advanced Disposal Services will explain how it has transformed the waste management and recycling model through the use of mobile technologies, IoT and data analytics. For its part, Pentair will talk about various intelligent solutions for water managementin industry, businesses and the home. The French public railway company SNCF will also present the results obtained after applying predictive maintenance via IoT on its 30,000km of track, 15,000 trains and 3,000 stations.  Meanwhile, Hugo Boss will focus on how automatic learning is changing its production systems and market access.

For its part, Legal Aid Ontario corporation responsible for administering the legal aid program in that Canadian province will present its case for digitization and use of blockchain solutions. Along the same lines, Maersk will announce concrete achievements in the use of blockchain in the maritime transport industry and the cost savings it represents.

Time will also be spent analyzing the healthcare revolution via the IoT with examples from the UCSF Health hospital consortia in California and Radboudumc in the Netherlands; learning from Amaresco how large energy consumers (from industries to cities) can reduce their carbon footprint through digitalization, as well as intelligent and connected solutions for upgrading buildings and infrastructures; or explaining how blockchain contributes to data privacy and improving services that local governments offer to citizens. We will also look at technologies needed in this new wave of digitalization such as LoRaWAN, 5G and ZigBee.