CARREFOUR, UBER, HUGO BOSS, AIRBUS AND MERCK AMONG THE SPEAKERS AT THE 2019 IOTSWC 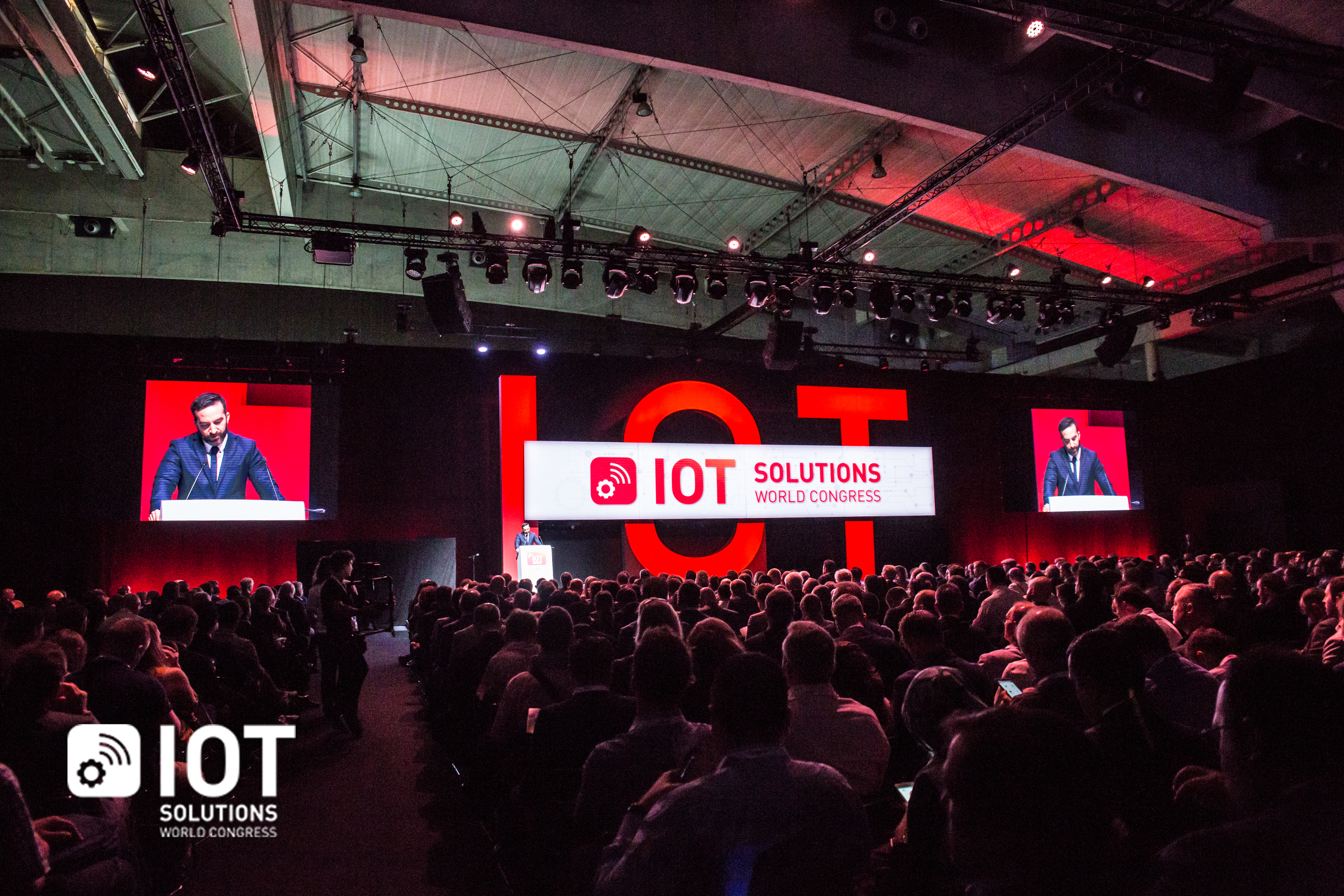 The full programme of the IoT Solutions World Congress (IoTSWC) is now available. The event organised by Fira de Barcelona in collaboration with the Industrial Internet Consortium (IIC) will present the experiences of companies using IoT, AI and blockchain solutions, such as Carrefour, Uber, Airbus, Hugo Boss, SNCF Réseau, Maersk GTD, Merck and Daimler Motors, among others. The executives of technology firms from companies such as Dell, Ericsson, ABB, Google Cloud, Huawei, IBM, Microsoft, SAS, Thingstream AG and Wipro will also participate in the event, as well as renowned analysts, who shall analyse the current state of the digitalisation of industries and the new challenges to be faced.

The 2019 IoTSWC will be held from 29th to 31st October at Fira de Barcelona’s Gran Via venue and it will focus on nine core themes: technologies facilitating IoT, connected transport; manufacturing; energy and supplies; the health sector; construction and infrastructures; artificial intelligence and blockchain. There will be 200 sessions, including talks, round table discussions and presentations, and more than 400 speakers are expected to participate.

The Congress will focus mainly on the best practices and success stories of companies that have implemented IoT, artificial intelligence and blockchain achieving significant competitive advantages to inspire attendees and help identify trends.

This is the case of UBER, which will explain how the IoT helps minimise costs when deploying fleets of electric vehicles; or Daimler Motors, which will tackle the IoT revolution in the automotive industry; Carrefour, a pioneer in introducing blockchain technology to learn about the traceability of the food it sells in its establishments; or Airbus, with a blockchain- based project to track programmed drone routes and guarantee airspace safety.

The French public railway company (SNCF) will present the results obtained after applying predictive maintenance via IoT on its 30,000 km of track, 15,000 trains and 3,000 stations. Fashion firm Hugo Boss will explain how artificial intelligence and automatic learning are changing their production systems, market access and retail sales opportunities. Along with Sainsbury’s, a British retailer which applies IoT systems to control the temperature of food.

Brussels Airport will present its strategies for making passenger travel “smart” and “seamless” from their arrival at the airport, boarding the plane, crossing the border, collecting luggage to arriving home. The experience of the cities of Kuwait and Doha that have implemented a real-time IoT monitoring network to monitor air quality and protect citizens will also be presented.

There will also be a 5.0 solution for public toilets in commercial areas, transport centres or service stations, promoted by Roca, which collects key data for improving operations, maintenance, cleaning, water management and client satisfaction. In addition, time will be devoted to analysing the healthcare revolution via IoT, with the examples of the UCSF Health hospital consortium in California and the Radboudumc hospital consortium in the Netherlands. In addition, the results of the Vall d’Hebron Hospital programme, which is monitoring the stress of caregivers of children with neurological disorders through the use of physiological sensors, and the Sanitas Hospital-at-Home service, which provides safe, high-quality and hospital-type care to patients in the comfort of their own homes, will be presented through a health platform connected to the IoT.

For its part, Legal Aid Ontario corporation responsible for administering the legal aid programme in that Canadian province will present its case for digitalisation and use of blockchain solutions. Along the same lines, Maersk will announce concrete achievements in the use of blockchain in the maritime transport industry and the cost savings it represents.

The 2019 IoTSWC will analyse the implementation status of artificial intelligence and automatic learning technologies for process improvement. It will also address issues related to standardisation, as well as ethical aspects and social responsibilities that arise at the beginning of the era of smart machines. In this regard, it will also address the relationship and role of people and machines in Industry 4.0 to improve safety, productivity and processes.

In addition, IoT enabling technologies will be discussed from the experiences contributed by companies from different industrial sectors. Special attention will be given to the potential provided by “Digital Twins”, one of the main strategic trends in the industrial IoT. Also noteworthy will be the talk given by Joe Barkai, author of The Outcome Economy: How the Industrial Internet of Things is Transforming Every Business, who will reflect on the development of artificial intelligence.

The IoT Solutions World Congress (IoTSWC) is the largest event in the world specialising in the industrial application of the Internet of Things and the only one that combines a commercial exhibition with top-level knowledge, testbeds and professional networking. It is organised by Fira de Barcelona in collaboration with the Industrial Internet Consortium. The upcoming congress is expected to bring together 400 exhibiting companies and more than 400 speakers from all over the world, as well as exceeding last year’s attendance of 16,000 visitors from over 120 countries.

Present your testbed to the world! Don’t miss your chance to be selected this year! 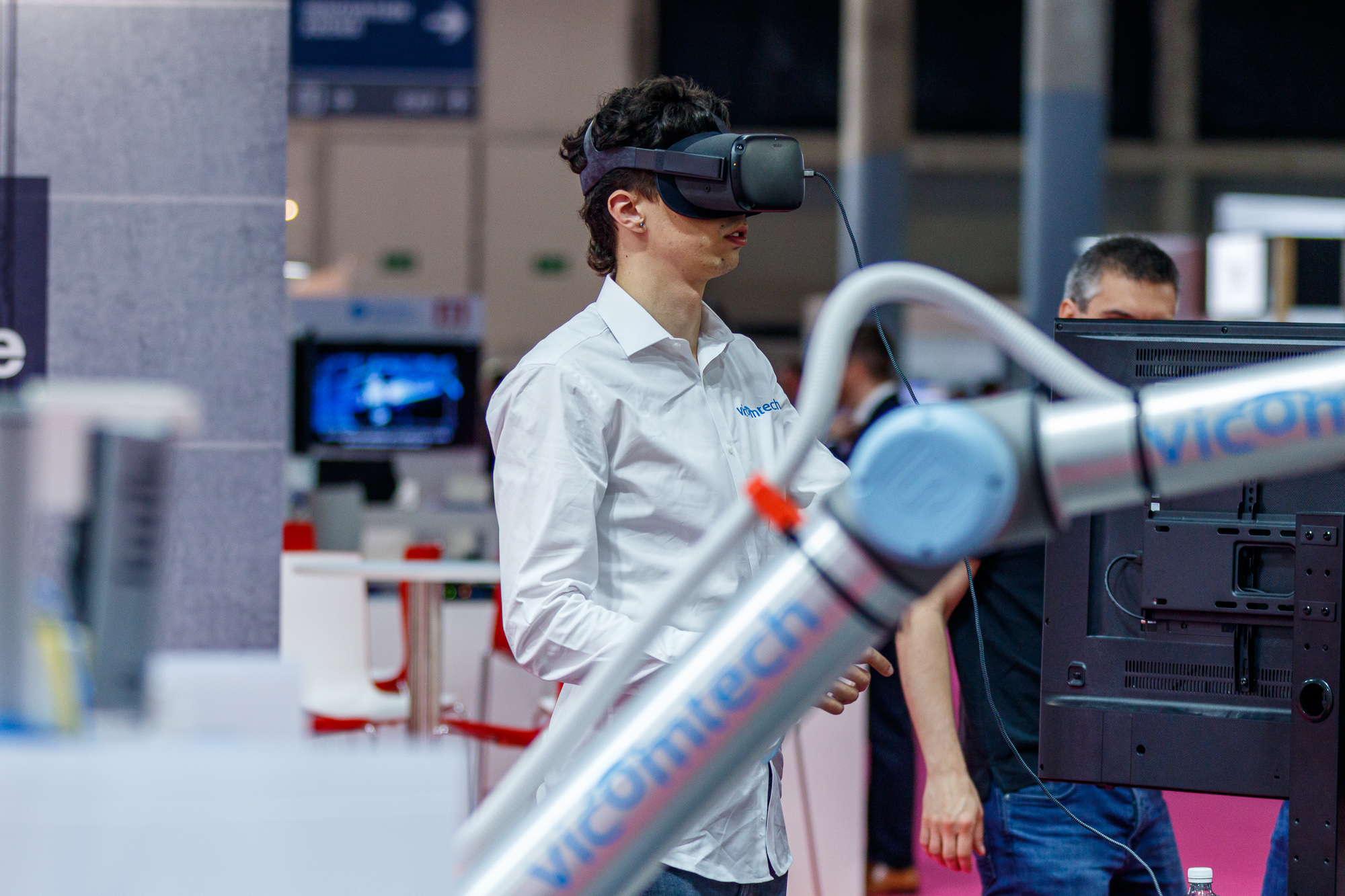