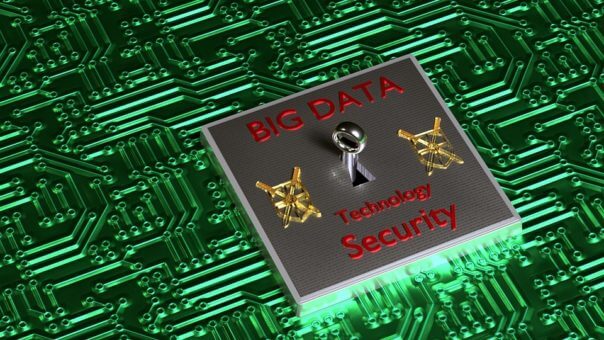 Coordinated by the Industrial Internet Consortium (IIC), the testbeds of the IoT Solutions World Congress have established themselves as the main showcase for demonstrating real Industrial Internet of Things solutions (IIoT) from all over the world, making an active contribution to accelerating open standards.

Jeff Fedders, the chief Strategist of Standards for the IoT at Intel’s Group Strategy and Technology Office, and the company’s representative in the Industrial Internet Consortium (IIC), mentioned in an interview published on the website of the IoTSWC the importance that one of the world’ s most representative IoT companies, Intel, gives to the creation of ecosystems in companies that work on creating open IoT standards and the value that stems from the organisation of exhaustive testbeds such as those at the IoT Solutions World Congress (IoTSWC).

’Although the IoT segment is a rapidly growing market, it also faces scalability-related constraints due to gaps associated with security, interoperability and complexity arising from the choice of the right sensor and analytic solution when it comes to implementing it,’ noted Fedders.

The expert corroborated that the IoTSWC is an outstanding setting and a unique opportunity for bringing together the global leaders in IoT development in the same forum.

‘In a testbed environment you can share best practices and put into action the applications that are most appropriate for the real world in order to move forward in improving standards,’ said Fedders.

Like Intel, a large majority of leaders in the IT industry are convinced that security is the bedrock of the IoT, and also that establishing commitments for creating open solutions based on hardware and software standards will give rise to the birth of network architectures that will speed up the ‘time to market’ for companies.

IN SEARCH OF NEW OPEN STANDARDS FOR THE IOT ECOSYSTEM

The world of industry-oriented information technologies, on which the IIoT is founded, has moved forward very slowly in the search for standards. So much so that some experts are attributing the slow progress that has been achieved in the mass adoption of platforms of sensors, big data and analytics to this shortfall.

This is why a move in this direction in many industrial and economic sectors firstly involves ensuring that the manufacturers of sensors, devices and industrial automation systems adopt common standards, and secondly convincing companies that they need to install IoT solutions to take advantage of the benefits arising from the use of data and analytics, rather than just hoarding more and more data. An expert in the cloud and open coding, Gordon Haff, contends that most of today’s technological trends are thanks to open source. According to this expert, ’the internet giants would not exist without Linux and other open source software applications,’.

To support the new digital capabilities, both the developers of connected manufacturing systems and integrators and users need more reliable and secure forms of access to intelligent edge devices. Similarly, standard connectivity technologies must evolve in order to meet the requirements of these new-generation industrial and business systems, and to improve the way machines, electrical devices and transport systems operate.

Many companies in the IoT ecosystem have established groups and consortia in order to gain strength in the search for open architecture standards, with the aim of developing IoT platforms that can be used in various vertical applications for both industrial and business use.

One of the world’s most important organisations in the transformation of business and industry through the accelerated use of the IoT is the Industrial Internet Consortium (IIC), which has joined forces with the most representative companies in the world of technology and plays an active role in every edition of the IoTSWC. One of the key activities of the IIC involves organising and overseeing the testbeds on which the consortium works, many of which can be seen in action during the Industrial IoT event in Barcelona.

With a similar philosophy to the IIC, the main aim of the Open Connectivity Foundation (OCF) is for companies and developers to create IoT solutions and devices that can understand each other when working within the same environment. Through a strategy based on cross-industry, collaboration, the OCF seeks to strengthen the global future of the IoT segment, accelerate industrial innovation, and help developers, integrators and technology consultants to create solutions that will establish a road map to guide the open and secure interoperability of IoT for consumers, businesses and industries.

Meanwhile, the Japanese Industrial Value-chain Initiative (IVI) is a forum for advancing the design of a new society through the combination of IT technologies with developments for manufacturing processes, and for companies that wish to share a collaborative experience. IVI’s distinctive approach is that it is not part of the competitive business arena but rather investigates the scenarios in which companies collaborate naturally and, step by step, has been complementing a broad understanding based on benchmark connection models without any expectation of establishing a general standard.

HORIZONTAL IOT PLATFORMS THAT FACILITATE COMPANIES’ TRANSITION TO THE IOT

Analysts such as Gartner predict something in the order of 25 billion ‘things’ connected worldwide by 2020, generating economic benefits of around $2 trillion annually, in a technology ecosystem that is not close to the consumer market like PCs or smartphones, but rather consists of elements connected to the internet in intelligent spaces, infrastructures and industrial equipment. Opportunities in the field of IoT technology solutions will become real challenges for many providers of IoT solutions from the moment that IoT become much more complex in the industrial sector than in the consumer sector. With regard to the growth of the IoT market, the IDC predicts that this year it will grow by around 19% worldwide.