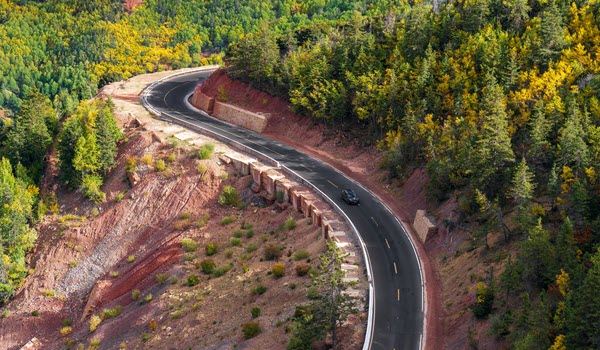 Cars are not cars anymore. They are software on wheels… Machines packed with chips and sensors to make your ride more comfortable and safer. And that feels fancy, but quite far away from the autonomous vehicles we once thought we could drive by now. What is hitting the brakes on self-driving cars? And why Advanced Driving Assistance Systems (ADAS) and IoT innovation are still going to enrich the consumer experience in connected transport for the next years?

It turns out that autonomous futuristic cars are still far off. We could blame the global geopolitical situation, but the truth is there are challenges technology has not been able to solve yet. After all, Artificial Intelligence is not magic.

It’s really complicated to give AI systems common sense to deal with edge cases involving other drivers and pedestrians, such as a ball bouncing across the street followed by a running child. And this is probably the reason regulations also stay behind.

“Regulation will come in waves to protect citizens from new apps or tools which will enable more autonomy,” says Tomàs Megía, Manager at OPTIMA Catalan’s government office for the transformation of the mobility industry. “Another big question is whether big companies will keep on investing in the current scenario,” but that doesn’t mean we don’t need to “keep on running pilots to test sensors and 5G/6G”, he adds.

In fact, Europe is expected to achieve a full 5G coverage by 2030 and is focusing on the Bologna-Munich corridor (600 km over three countries) and the Horizon2020-funded project 5G-CARMEN to deliver safer and greener transportation.

In the US, where companies like Alphabet (Google) and Amazon have been piloting autonomous vehicles in cities for several years and where some accidents have occurred, there are mixed views about the deployment of driverless cars. A Recent Pew Research survey says proponents claim they could reduce the stress of commuting, among other benefits, while critics point out that they have the potential to hurt even more the environment by making car travel easier.

Be as it may, Laia Pagès, researcher at CARNET, the Mobility hub created by the Polytechnic University of Catalonia, VG Group Research and SEAT, is convinced that “autonomous cars can greatly improve our lives by improving road safety, reducing emissions through platooning techniques – a method for driving a group of vehicles together-; reducing congestion in cities and buying some time to do other things”.

In any case, IoT is bringing more accuracy and safety to connected vehicles through sensors enabling real-time tracking, crash prevention techniques and route optimization, therefore Advance Driving Assistance. Not just for cars, but also delivery for robots and drones. Pagès highlights that CARNET has successfully conducted pilot tests with Ona, a delivery robot, in Barcelona (Spain) and Hamburg (Germany). The company Alibaba deployed 1,000 delivery robots across China in 2021 and claims they will enable to overcome the problem of last-mile shipping.

No need to say these advancements also raise concerns about security and privacy as there is a great bunch of data being collected from sensors feeding information to other systems, such as the Collision Avoidance System (CAS) or parking assistance, and sensors to interpret the environment (LIDAR, Radar, GNSS, Cameras, Optical Sensors…). But this is another matter.

The IOT Solutions World Congress (IOTSWC), to be held in Barcelona 31 January-2 February 2023, will be digging in all these questions. This edition includes a Connected Transport track to discuss where the true disruption really is.

The goal is that the stakeholders are able to navigate the paradigm shift in the automotive and intelligent transportation industry beyond new sensors enabling to detect obstacles past line of sight and protocols combining vehicle-to-vehicle (V2V) and vehicle-to-infrastructure (V2I) communications. Don’t be mistaken by acronyms. It’s all about game-changing technologies to drive a safer road to the future.