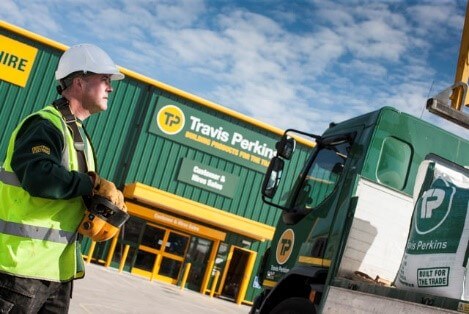 At a time when the Internet of Things (IoT) universe is starting to take hold in different business sectors, more and more industries are relying on the figure of CIO (Chief Information Officer) to head up this transformation and spearhead the implementation of this technology. A recent study by consultancy firm Gartner supports this trend, as at least one-third of the companies it consulted said that they relied on their CIO to steer all their IoT-related initiatives.

According to Gartner, the CIO is the person at the firm with the most accurate viewpoint when it comes to successfully developing an IoT product, for which you not only need the relevant expertise but also the right team and external partners on board to determine the objectives and expectations that this new technological integration entails.

THE DEVELOPMENT CYCLE OF AN IOT PRODUCT

To spearhead a project based on the Internet of Things, CIOs need prior knowledge of how the development cycle of an IoT project works, which consists of five phases: process requirements; design of the infrastructure; development; test phase; production and maintenance.

In the first instance, the working team needs to determine the requirements and define the architecture that the whole IoT infrastructure will have to support in order to establish the main management cornerstones of the project. During the development phase of the system, the phases relating to the design of the infrastructure and the necessary requirements for implementing the IoT project will be put into action. This part will be followed by four test phases: characteristics, performance of each element, integration and regression checks. The final phase relates to the production and maintenance of the system, during which the IoT product goes through a series of tests before commercialisation, including Alpha, Beta, Pilot and Production Volume.

In Gartner’s view, the development of an IoT product requires the involvement of engineers and experts in different disciplines, including wireless connectivity specialists and app developers, as well as professionals who collaborate in many of the key components found in an IoT circuit such as user interfaces and user experiences (UX/UI). The start-up of an Internet of Things framework capable of opening the doors to new markets and new business models represents a significant challenge for CIOs, as only those who have managed to implement the right elements, put in place the right team and made a good acquisition will be well positioned for success.

With more than 22 years of experience as a CIO leading global teams in large scale development projects, Frank Palermo explains why CIOs are such a crucial figure in the development of Internet of Things platforms, and points to the significant increase that the ‘consumerisation’ process of the IoT is going to experience: ’Forecasts from various sources agree in indicating that in 2020 the global economic impact of the IoT will move around 14 trillion dollars, radically changing the procedures of both companies and consumers.’ Palermo contends that in three years’ time the IoT will have a strong presence in everyday consumer electronics products, as many manufacturers are incorporating this technology into their catalogues.

According to the expert, the technology managers of numerous companies seeking to develop IoT capabilities face the challenge of having to deal with the technological assets available to them in their departments, while at the same time evaluating, creating and rolling out new smart systems with which to manage the accuracy of data sourced from the sensors, devices, personnel and security systems that IoT environments require.

Another renowned analyst on the tech scene, Mark Samuels, explains in an article why CIOs have wokenup the potential of the IoT. ’Nearly three-quarters of the leading IT firms are collecting data to develop IoT initiatives, given that industry analysts such as IDC are forecasting that the global expenditure on IoT will reach $1.29 trillion over the next three years.’ Echoing the viewpoint of the IDC consultant, this expert warns that in this new era of connectivity, investing in IoT does not guarantee success ‘because security is still a big concern for companies.’

As an example of a tech professional interested in the potential of connectivity, Neil Pearce, the CIO of Travis Perkins, describes the IoT ecosystem as an area still in its early stages of development. ’However, I am convinced that CIOs will know how to make the very most of the IoT, but I also feel that most people have a long way to go. Whatever the case, both the Internet of Things and other areas related to this technology such as robotics and data analytics will be key sectors that will make a decisive contribution to the advance of digital technologies,’ explains Pearce.

DATA SCIENCE AS A SERVICE

Consultancy firm 451 Research says in a recent research project that data analytics is going to play a crucial role in the most advanced digitisation processes based on a business ecosystem in which 70% of IT leaders use data extracted from IoT endpoints such as security and compliance.

‘An essential aspect that the IoT introduces is helping to act strategically and defining the tactics to apply both in real time and in the long term based on the data available at any time in order to create new business models,’ says Ian Hughes, an analyst at 451 Research. This expert also points to the importance of machine learning and data analytics as the key components for achieving greater efficiency and cost savings. ’At a data level, the IoT has numerous cross-industry capacities for interaction. CIOs must remember that data is ultimately platform independent and data science is also now available as a service,’ notes Hughes, referring to a trend that should be uppermost in people’s minds.